John Bellany was born at Port Seton in 1942 into a family of fishermen and boatbuilders, steeped in Calvinism as a child, his art is profoundly religious in its intimation of mortality. Throughout his career he painted elemental allegories encompassing the complexities of the human condition and anchored in the rich poetry of the sea, after moving to London in 1965 to study at the Royal College of Art, his vision and iconography became broader. In the 1970s, when his personal life was in turmoil, he embarked on a near fatal journey of self-destruction, which is reflected in the angst-ridden images in his paintings of the period. In the late 1980s, after overcoming serious health issues his work became more optimistic in spirit. This is expressed in the coloured etchings and paintings produced during the early 1990s.

Bellany's towering example inspired a new pride in Scottish artists: a fact duly recognised in 1994 when he received the CBE. His paintings are in the collections of major museums and art galleries throughout the world, including the National Gallery of Scotland; the Tate Gallery; the Museum of Modern Art, New York; and the Metropolitan Museum, New York.

(Woman with a Bird)

Watercolour and pencil on paper 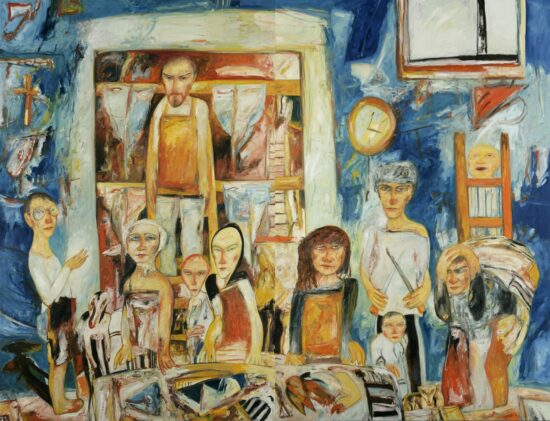 The Swan Holds The Key To Sensuality, 1985 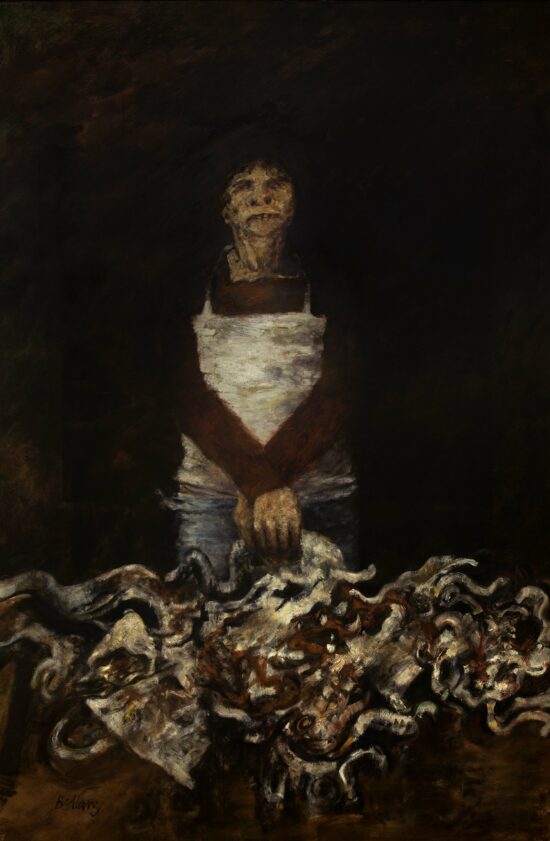 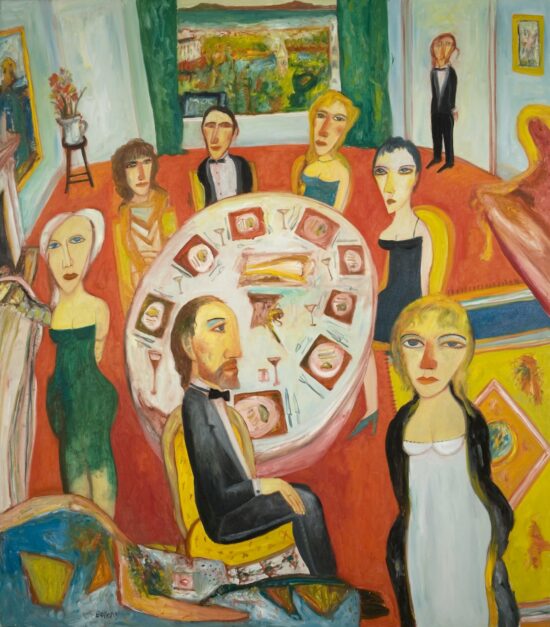