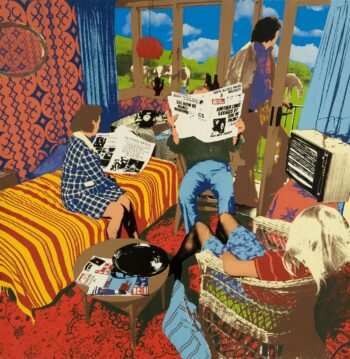 Tim Mara worked as an artist and as a teacher for 25 years teaching at NCAD Dublin, later becoming Head of Printmaking at the Royal Collage of Art, London. He was particularly noted for his use of screenprinting, etching and lithography and was awarded with numerous prizes.

In 1978 he was commissioned to write the Thames and Hudson Manual of Screen Printing. Born in Dublin in 1948, Tim Mara moved with his family to England in 1953 where he continued to live and work. He died in 1997.

Mara's prints are included in collections at the Tate London, Victoria and Albert Museum, Irish Museum of Modern Art as well as many other galleries and private collections worldwide.